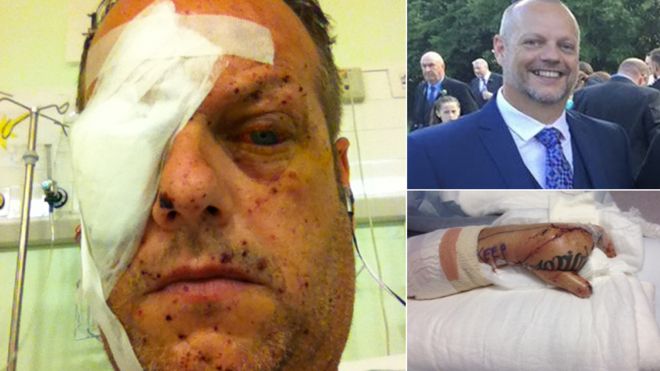 A MoD (Military of Defense) scientist lost three fingers when a suspicious package exploded as he handled it.

Lee Peters, 51, had been examining a package which was deemed low risk by military experts but was actually booby trapped containing explosives. This explosive caused the scientist permanent damage to his eye sight and lost him alot of blood due to his fingers being blown off. Lee said "I thought if i fainted there, I would die because there was so much blood". Understandably he now also suffers from post-traumatic stress disorder. The blast happened in 2011 while he was working for the MoD in its laboratory in Kandahar, Afghanistan.

His lawyer Tracey Benson said the MoD demonstrated "shocking negligence" she went on to say that her client should have never come into contact with the item, and she hopes that similar avoidable incidents won't blight any other professional's lives.

After the accident Lee Peters said he was told the device had the potential "to have blown my head clean off". Mr Peters recieved a six figure payout by the MoD.

The only questions that stand are why was this package deemed low-risk? How can this be stopped from happening to other people like Mr Peters?