Posted on 13 July 2017
There are so many, and more that I cba to list now. Here are most of mine anyway!

When some people say to me, "Wow, you're short!"
I think I know that already, thanks.

When some people at a bus stop (with only 1 bus connected with it) ask me if the bus came when it's clearly way past the 'due' time.
I'm obviously getting the next one, otherwise I wouldn't be here.

When some people tell me that I'm quiet and should talk more often.
Thanks for pointing that out. I don't tell you to shut up because you're loud/noisy, but god forbid if I'm quiet.

When some people at the gym snigger/laugh at overweight people there.
There's no need. They're trying at least.

When some people chew food with their mouth open.
Close it! No one wants to see it rolling around in your mouth while covered in saliva.

When some people don't flush the toilet after using it.
Flush it! No one wants to see your animal droppings.

When some people cough without covering their mouth.
Stop spreading your germs.

When some people talk constantly and never shut up; they feel the need to fill in the silence every time.
Please stop. The beauty of silence is being ruined.

When some people who drive don't use their L and R indicators before making a turn.
I nearly got run over once because someone didn't use them, so I crossed, and then they made a turn towards me before quickly stopping. Please use your indicators!

When some people try to talk to me while I've got my earphones in.
Talk to someone else, please. I need my music.

When some people wear such strong-snelling perfume or deodorant, or they don't realize they've put so much on.
You stink.

When some people set off fireworks the next day after the actual celebration.
Can you not?

When some people set off fireworks when there are visibly animals around.
They're scared and very sensitive to loud noises, don't you know?

When some people think filling a dirty dish with hot, soapy water and leaving it to the side means 'cleaning up'.
You're not helping at all tbh.

When some people walk on the same side of you, but you're both going towards each other.
You stay in your lane, I'll stay in mine.

When some people walk towards you, and you both say 'sorry', and then you both go to the other side thinking the other the person will stay where they are, and so on.
Ugh, I don't want to do a dance with you, lol.

When some people don't thank the bus driver before they step out of the bus.
Bus drivers are human beings with feelings too, be kind.

When some people litter, and there's a trash can/rubbish bin right there.
There's really no need. The world is sadly polluted enough already....

When some people give up their pet because they 'don't want -it- anymore'.
Absolutely annoys me. They trusted you. You let them down. Don't get a pet if you can't face the responsibilities that they come with.

When some people think they are better than others depending on their music taste.
Can't we just enjoy whatever music without having to give a reason?

When some people at the beach shake their sandy towel so vigorously that the sand goes onto the next person's towel, and so on.
It's like a trail of sand just making its way down the line of strangers' towels, lol.

When some people take jokes way too seriously and end up arguing/lecturing with you.
Nope!! Goodbye.

When some people Type Like This.
You really don't need to.

When some people tell others to stop doing something when they've done the exact same thing themselves.
Hypocrite.com

When some people puts so many accessories and shit on their child or dog.
They are a living human being or animal, not a doll toy.

When some people wear baggy pants so low that you can see their boxers.
Pull them up. You're not a baby.

When some people act like their religion is the bees knees, and they judge other people via name-calling, etc.
You're obviously not following your religion if you're looking down on others and being mean to them.

So, what are some of your pet peeves or the things that annoy you? :)
4 Likes
Report
Comments (1)
lucpix on 14 July 2017 6:06 AM
Probably this emerging habit from internet of taking lots of care of how we type stuff without thinking about WHAT we are typing about. For a stupid person, the way that the text is written is more important than the content of the text, without worrying if you're being , for example, racist, offensive, arrogant, etc
Cafe of Words
Welcome to my blog! Keep yourself up to date with my posts by clicking on that 'Subscribe' button above. Hope you enjoy it! ❤ 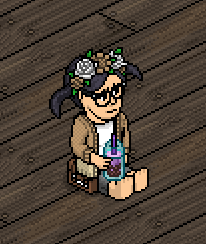